Government's decision to revive Malta's Permanent Residence Scheme is most welcome.  Even under the High Net Worth Residence Scheme, Malta has been quite successful in attracting affluent expatriates who were seeking a European pied a` terre in a sunny Mediterranean island, untouched by the financial woes of neighbouring Eurozone countries.  Permanent Residency will widen the eligibility to attract non-domiciliaries seeking a second home or tax residence status in a tax friendly European island.

Immigrants moving to Malta under the original residence scheme enjoyed Malta's trademark flat rate of personal income tax of 15% and, like other Malta-resident non-doms, were subject to tax only on income of Malta source and foreign source income only on a remittance basis of taxation.  Capital gains arising outside Malta would not be subject to tax in Malta, whether remitted to Malta or not.  This meant that resident expatriates enjoyed favourable tax rules in addition to the historical backdrop provided by this small island on top of the 'sun and sea' Malta is know for in tourism circles.
Property rules under this residence scheme required the purchase or rent of property in Malta as a basis for permit holders' tax residence status.  Eligibility also depended on providing evidence of a minimum annual income or, alternatively, evidence of a minimum net worth of Euro 350K. Ongoing costs amounted to approx. Euro4,500 by way of minimum tax.

Back in 2011, the Government's approach to addressing the much needed revision of the Permanent Residence Scheme was quite draconian, raising the minimum tax to Euro20-25K for EU-EEA and non-EU nationals respectively.  The minimum property purchase and rental values rose to Euro400K and 20K p.a. respectively.
The property sector has catered for the increase in demand for high-end properties on or around the water in addition to a number of exclusive developments developed with Government blessing in a number of Specially Designated Areas.
Important improvements to the scheme included regulation of representatives requiring an authorised mandatory as well as clearer, less discretionary rules for documentation required in satisfaction of the eligibility criteria.  It is hoped that these will be replicated in the much awaited Permanent Residency rules to be announced later this month.

Positioned between the original PR Scheme and the current HNW Individual Schemes, it is expected that the Permanent Residence Scheme to be announced by Government shortly will reduce the minimum property purchase value to a lower range between Euro250-350K.  Rental value is also likely to be reduced to the Euro10-20K p.a. bracket.  Current indications suggest that even the minimum tax due by non-dom residents of Malta will be affected, possibly reducing them down to the Euro10-20K bracket.
More posts to follow once the new scheme is announced.

Your questions or feedback is most welcome! 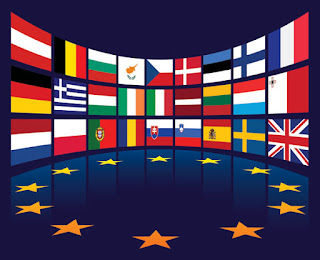 Malta enjoys excellent trade relations with most countries, starting with the European Union of which Malta is a full member, and continuing with the other main continents. To facilitate trade and to eliminate double taxation obstacles resulting from cross border business activities and investment, Malta has successfully negotiated a wide network of double tax agreements. Follow this link at Malta Double Taxation Agreements for the latest double tax treaties entered into by Malta and any negotiations in progress with Malta. See also our other Library of Double Tax Treaties. 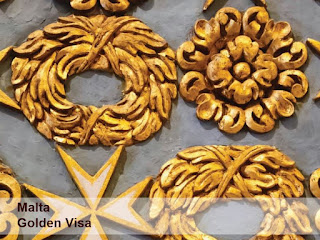 It is now possible to obtain Golden Visas from Malta, granting residency for 5 years renewable indefinitely.  This is possible through the investment of €250,000 in Government bonds to be held for 5 years and the purchase or rental of property for at least €270,000 or €10,000 per annum.  After 5 years, the investment can be redeemed and the property commitment can be terminated without losing permanent residency thereafter.  No minimum physical residency is required to maintain the Malta Golden Visa.

Under these Malta Aviation incentives, an attractive flat personal tax rate of 15% applies to salaried individuals occupying senior executive positions in the aviation sector and having a minimum income of Euro75,000,…